The Highlands have the Munchies

Or so The Cereal Box hopes…

by BEA METTS, Co-owner and Agent 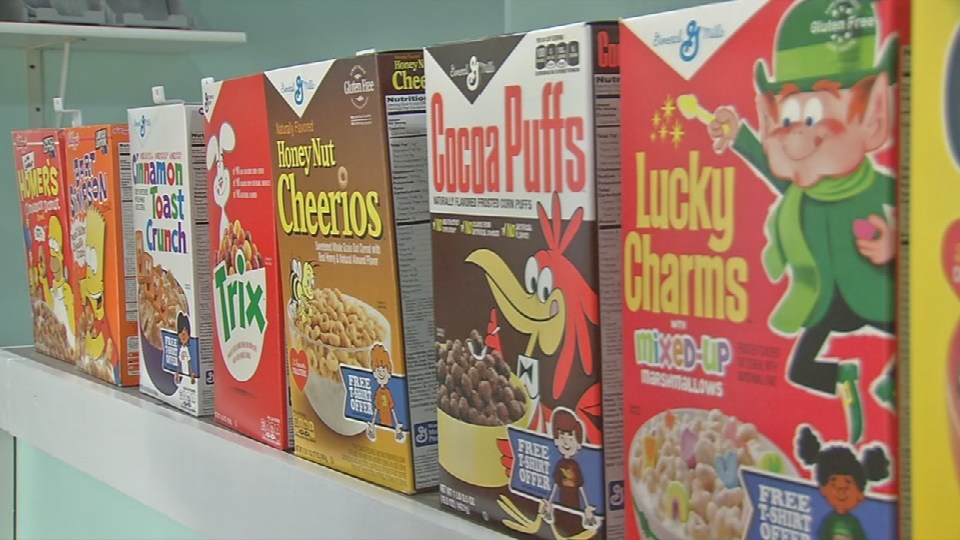 Everyone knows that you can find unique eats in the Highlands but The Cereal Box is taking that to a new level.

When you were a kid you may have fantasized about mixing your Cookie Crisps with your Fruit Loops. Well, now that fantasy can be a reality. The Cereal Box is opening at 612 Baxter Avenue in the near future. Permits are in their final stages, and this project has been in the works for about four years. Owner, Eric Richardson, lives in the Highlands and is excited to see his project come to life. He believes the Highlands to be the perfect location for his cereal café because of its reputation for quirky restaurants and shops.

Upon opening, there will be 22 cereals from which to choose. You will also be able to choose from different milks and the cereals can be mixed. In addition, there are toppings such as caramel, fruit and whipped cream. Aside from bowls of cereal with toppings, you can get a cereal milkshake, a cereal treat, cereal treat ice cream sandwiches and bowls that are made from cereal. While enjoying your treat, watch traditional Saturday morning cartoons.

Richardson's hope is that the venue will be something that crosses generations so families can enjoy the café together.

Bicycle stations similar to Red Box, but with no fee

Louvelo offers several “stations” in and around downtown where people can find bikes, ride them to their desired location and then drop them off at the same station or a different one. The service is intended to work like free Red Box for bikes and will hopefully ease traffic and contribute to a greener city. To begin the program, more than 300 bicycles have been purchased and placed in downtown, Old Louisville and NuLu. There is no charge to use a bike and you can use the Transit app to find the current stations. Fifteen more stations are currently being built with one located in the Highlands.

Give your wallet a break, enjoy the summer weather and avoid traffic by taking advantage of this program. The bikes are especially helpful if you don’t want to lose your parking spot and have a short distance to go. This program just adds another layer to the Highlands; making it possible for almost anyone to lead a life independent of a motorized vehicle in one of Louisville’s most walkable neighborhoods.